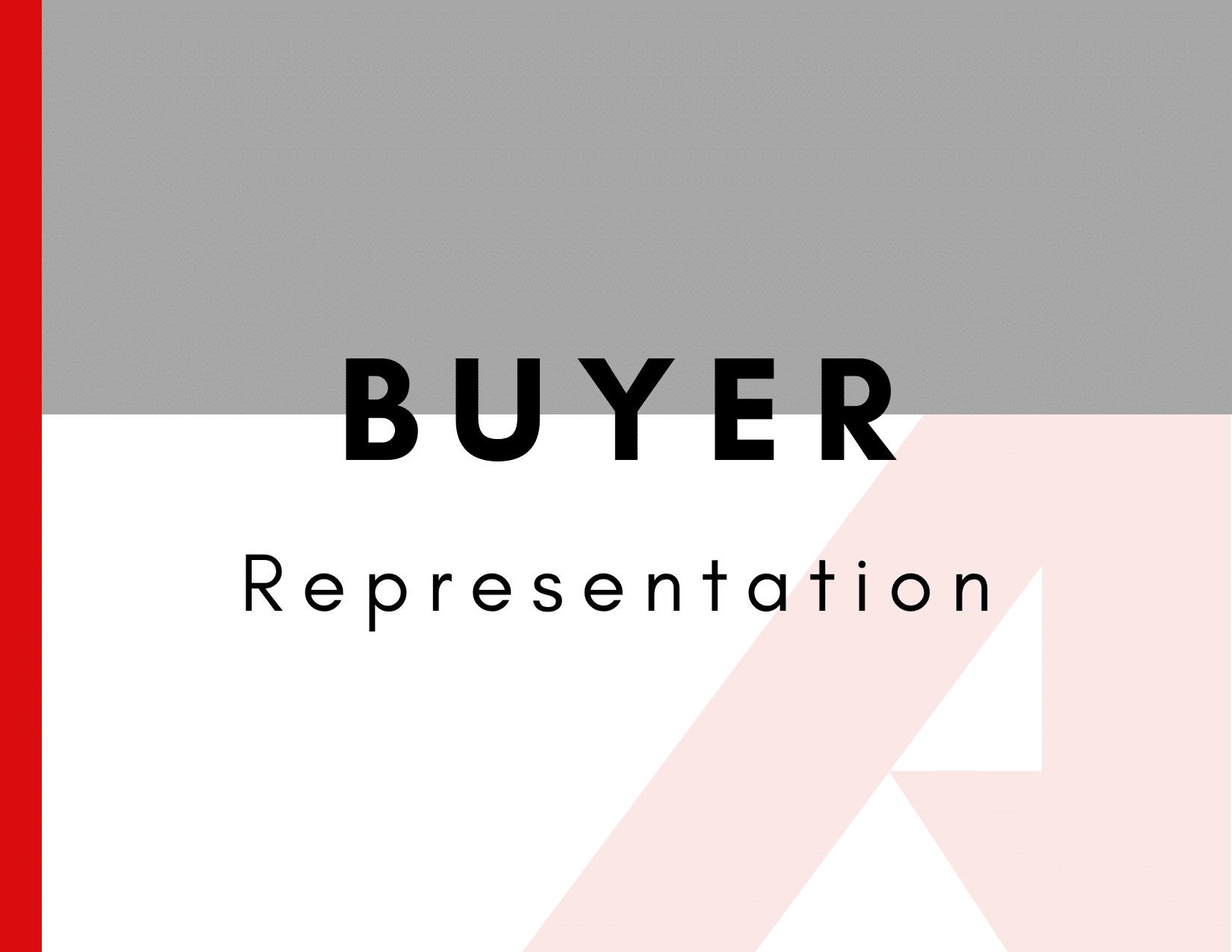 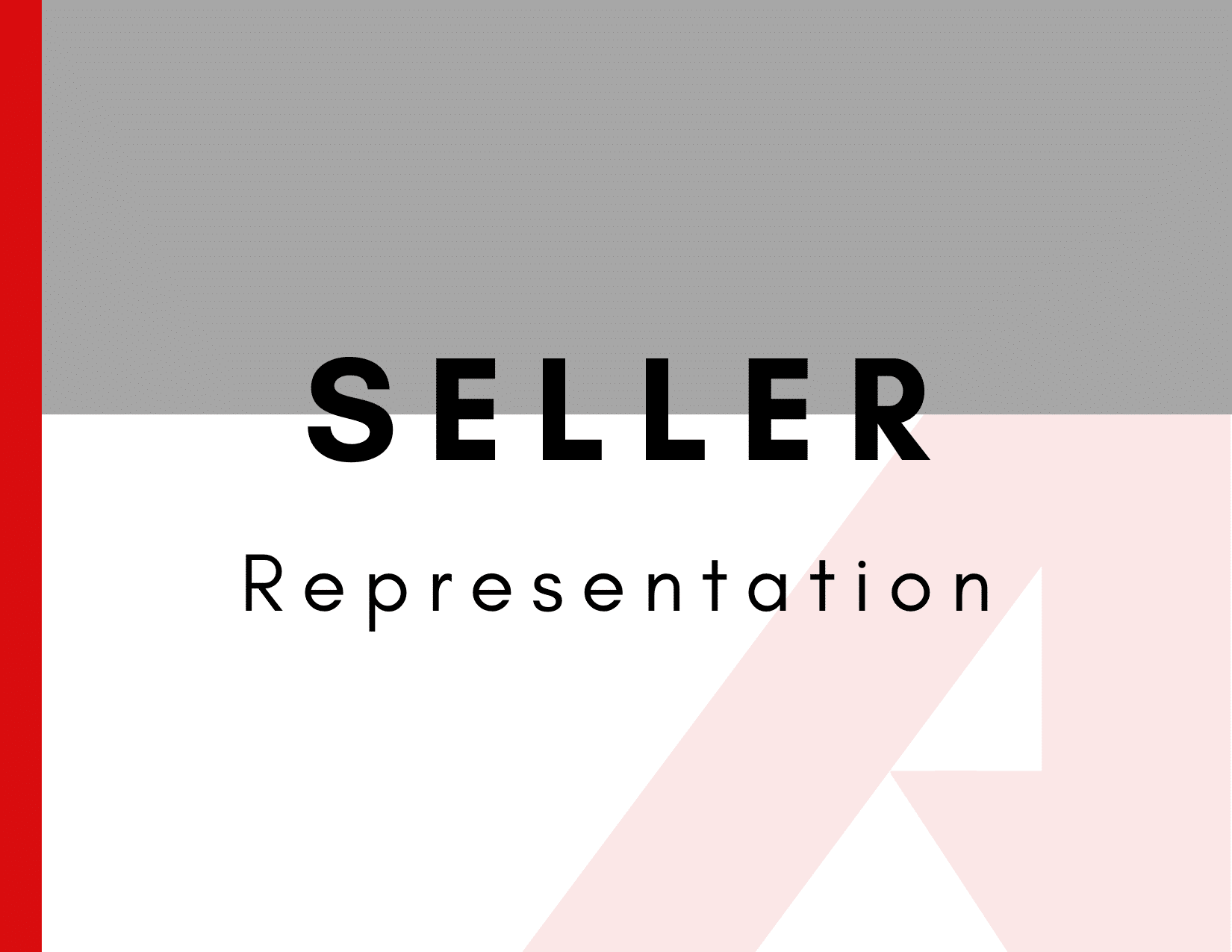 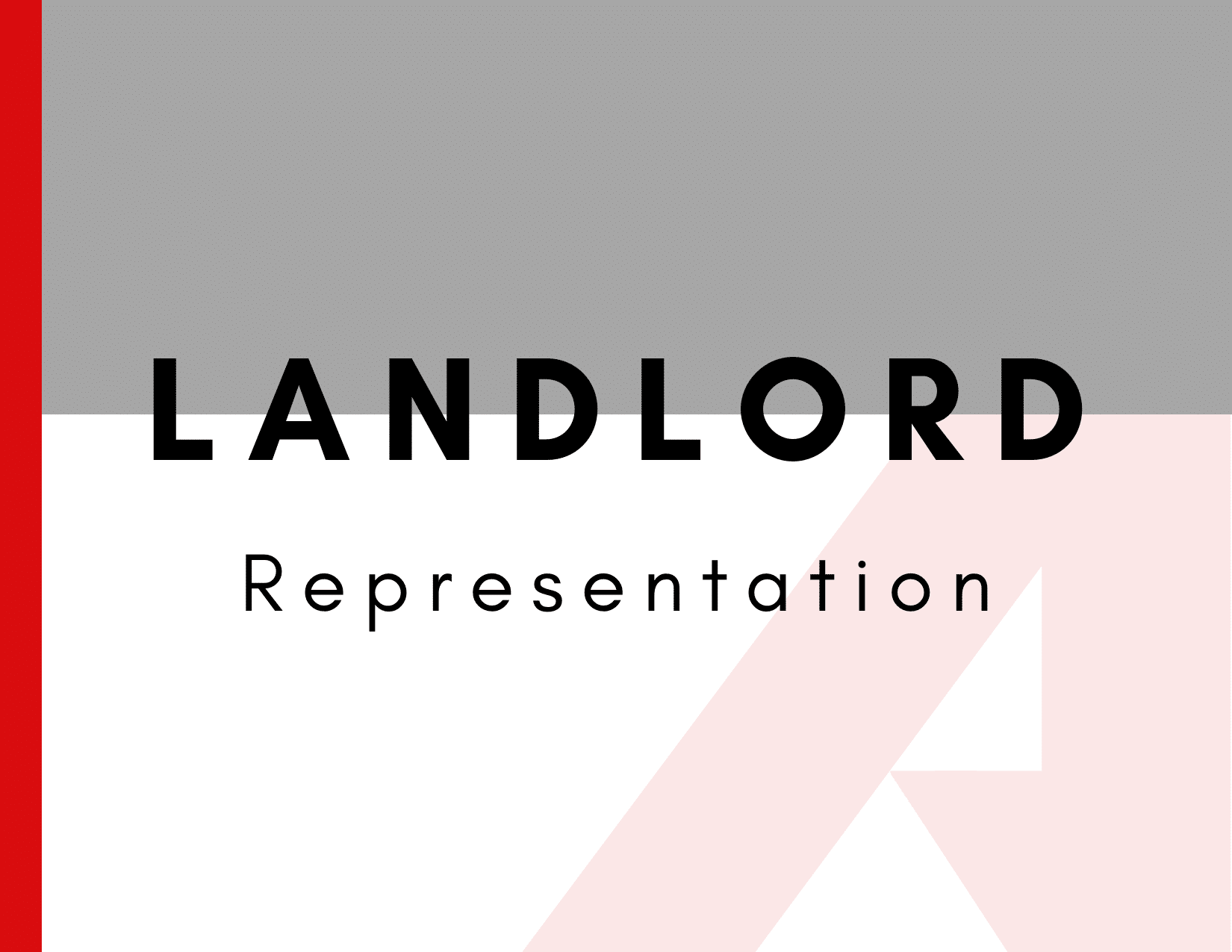 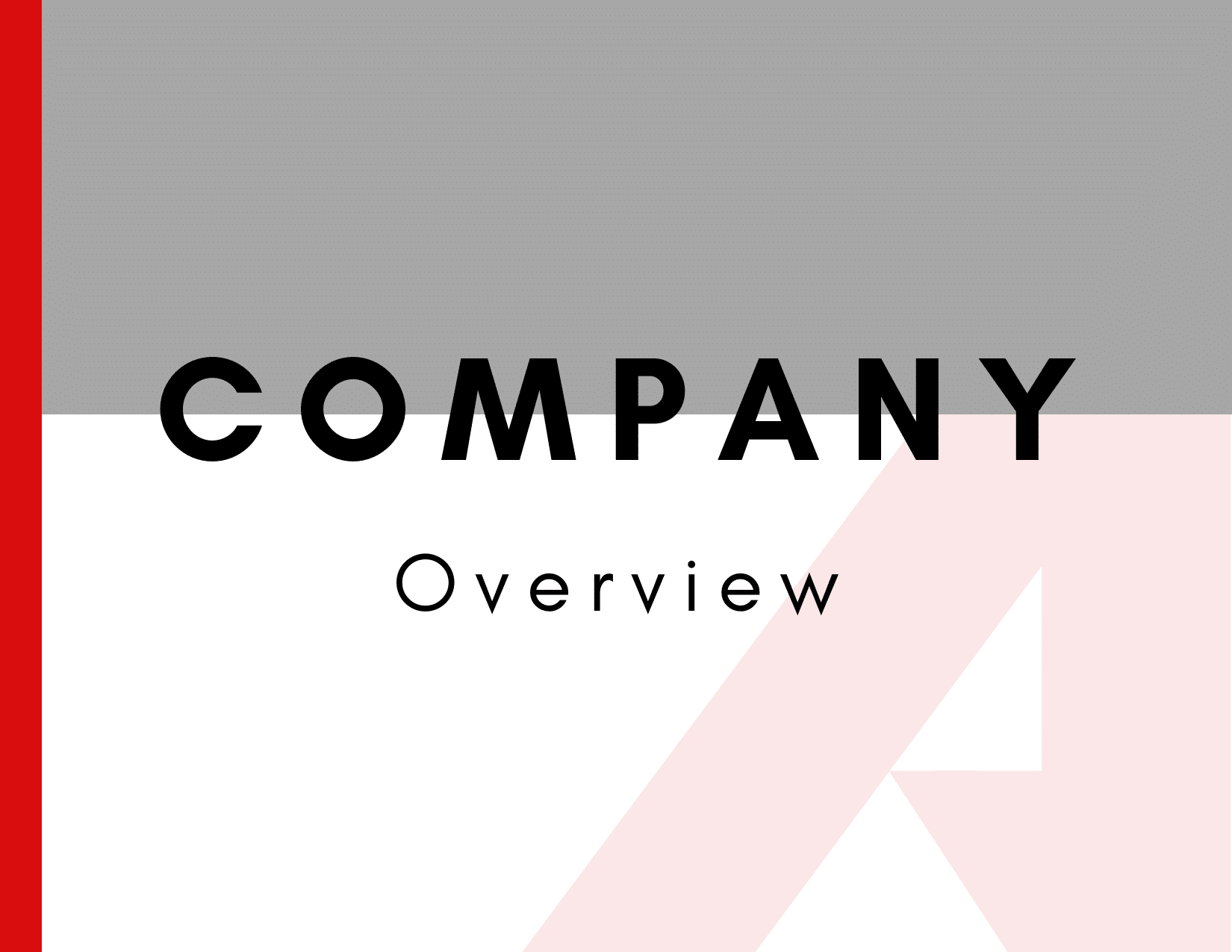 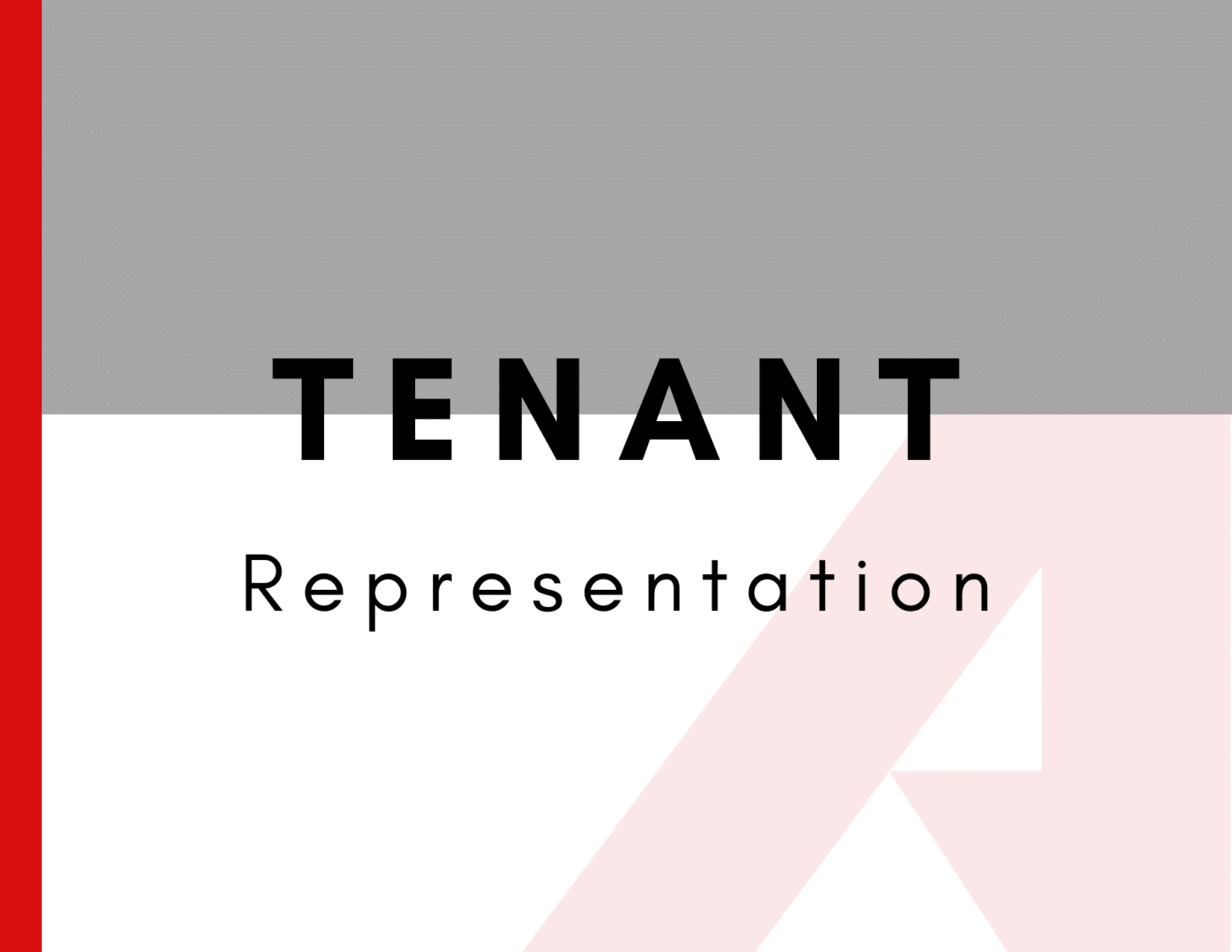 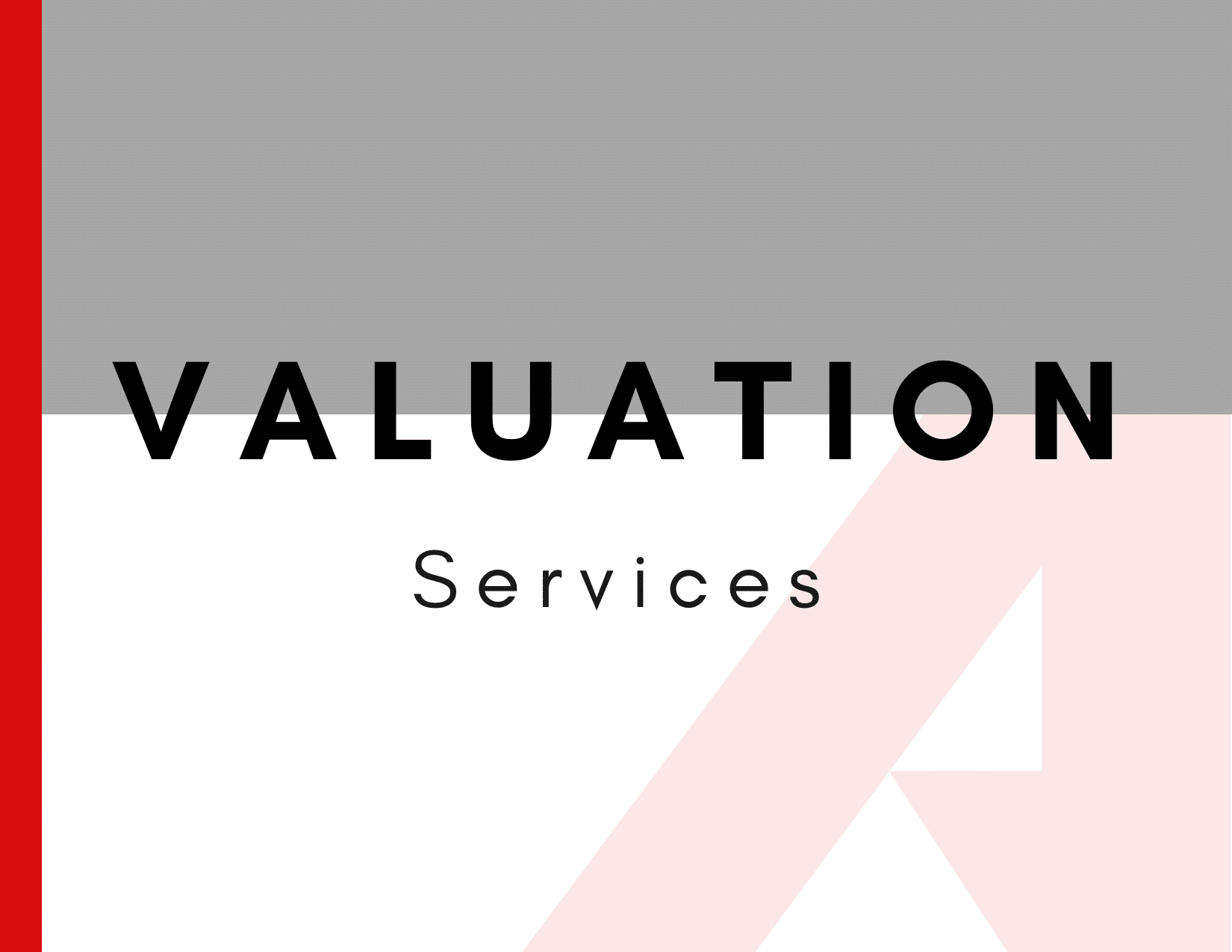 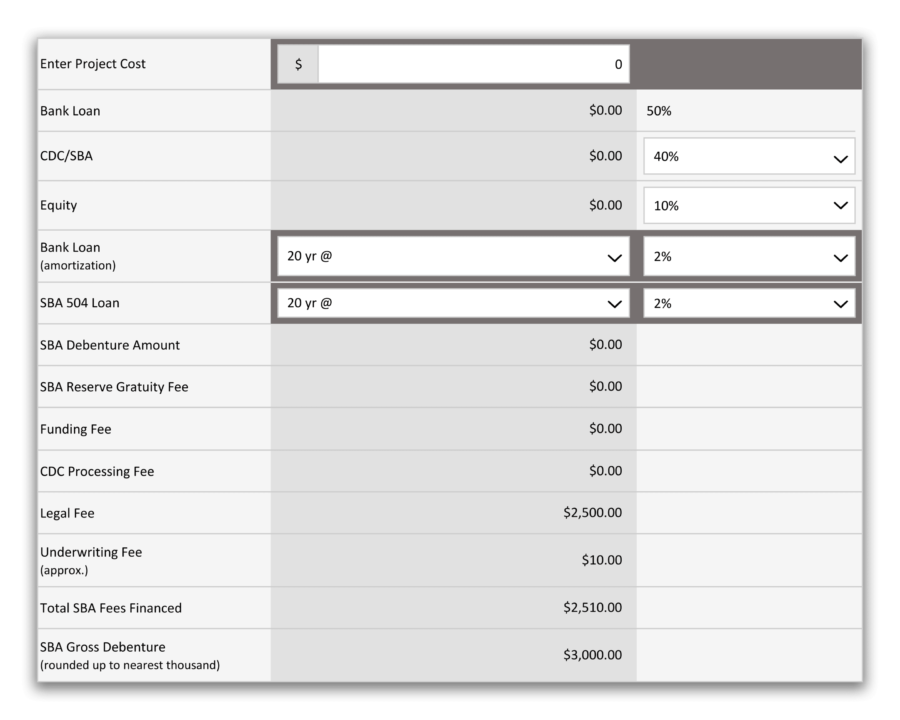 Ben Rose joined NAI Business Properties in 2018 as a Real Estate Analyst. Ben works on all aspects of completing property evaluations throughout Montana. Since joining the team, he has completed hundreds of commercial, agricultural, and residential evaluations. Prior to joining NAI, Ben was previously a Commercial Loan Officer administrating SBA loans in many different markets. Ben, a Montana native, is a graduate from Rocky Mountain College.

Brenda grew up on a ranch in Eastern Montana and attended Montana State University in Bozeman and Billings. She graduated with a Finance degree in 2008. From 2006 to 2019 Brenda worked in the banking field in various roles including credit analyst, commercial lender, and commercial appraisal specialist. She began her career in commercial property valuation in 2011 where she ordered and reviewed appraisals and evaluations and completed in-house valuations for a local financial institution.

In 2019 Brenda was the first in the state of Montana to attain the AI-GRS designation. This designation is held by professionals who provide reviews of a wide range of property types, including commercial, industrial, agricultural, residential, and vacant land. These individuals possess experience and knowledge to address issues unique to commercial real estate property reviews.

Brenda joined NAI Business Properties in January 2020 as a Real Estate Analyst and has most recently transitioned to the role of Appraiser Trainee. She is currently working on attaining the MAI designation.

Katelyn joined NAI Business Properties in 2021. Prior to joining the team, Katelyn was involved in numerous roles in Commercial Real Estate. Starting out in property management in Billings and transitioning to brokerage after moving to Las Vegas to attend school. Working at Cushman & Wakefield Las Vegas for 4+ years, Katelyn was part of a successful retail team. She specialized in working with national and local tenants and landlords in leasing and acquisitions/dispositions. When she is not assisting her clients, you can find Katelyn tending to her “tiny farm,” or at the river with her daughter and fur babies.

Ethan engages in all areas of commercial brokerage throughout Montana and focuses primarily on industrial, multifamily and investment products and offerings. Majority of time is spent assisting institutional or private money based multifamily or industrial investors with both acquisition and disposition. Additionally, he leads the commercial properties valuation and appraisal segments within NAI along with the data/analytics team.

He brings a decade of experience in professional sales, small business operations, and has worked on/with various local startups. Additionally, Ethan’s lifelong love of analytics, spreadsheets and finance mean that you’ll likely find him enthusiastically preparing a Broker’s Opinion of Value or a capitalization rate & cash on cash analysis for a lender, owner or a prospective buyer.

Matt’s process driven approach and keen market insight has assisted clients in consistently capturing unseen revenue for their assets. Investors, owners, and buyers appreciate Matt’s passion for the industry and personal approach, which has helped him develop long-term relationships as a trusted advisor and consultant. Matt joined NAI Business Properties in September 2009 and became an owner in June of 2012. Prior to joining NAI, Matt brokered commercial transactions since 2004. Matt has taken the lead in developing a strong presence in the office, industrial and investment market as well as pioneering a commercial management and valuation division.

Drew grew up in in Upstate New York and graduated from the Carroll School of Management at Boston College with a degree in Accounting in 1993. He worked for a large accounting firm for a few years before heading West to Colorado where he spent almost 10 years as the general manager and part owner of a regional transportation company. Family brought him North to Montana in 2004, and at that time he joined NAI Business Properties and has been a partner in the firm since 2012.

During his tenure with this firm, he has represented both tenants and landlords in all aspects of leasing and brokerage. His clients range from large Midwestern manufacturers to West Coast distributors to Fortune 500 office users to local and national retailers. He has represented several national and regional companies including Exxon Mobil, Fiserv, Eide Bailly, Valley Federal Credit Union, Conoco Phillips, Jimmy John’s, RBC, Stockman Bank, Merrill Lynch, American Medical Response, Anvil Corp, PayneWest Insurance, and City Brew Coffee. He appreciates these and other relationships and looks forward to challenges ahead.

In recent years, investment property has become the driver of Drew’s projects and pipeline both locally and nationally, dealing in both traditional financing and 1031 exchanges ranging from $800k to over $8M. Drew earned his Certified Commercial Investment Member (CCIM) designation in 2018. The CCIM designation denotes that the broker has completed advanced coursework in financial and market analysis, and demonstrated extensive experience in the commercial real estate industry. CCIM designees are recognized as leading experts in commercial investment real estate.

PROFESSIONAL EXPERIENCE:
A native Montanan and a resident of Billings since 1987, Michael entered the commercial real estate arena in 1994 when he left the Principal Financial Group to join NAI Business Properties, the first and only full service commercial real estate firm in the state of Montana. NAI Business Properties was formed in June of 1994 by the two original partners, and Mr. Walker was the first associate of the company. In August of 2000, Mr. Walker was elevated to partner of NAI Business Properties. Mr. Walker has represented landlords such as Washington Corp. in Missoula, Bridger Peaks Town Center and The Kroenke Group in Bozeman and Butte Plaza Mall in Butte. He has handled dispositions for corporate clients throughout the state such as Scheels, ShopKo, Smith’s, Albertson’s, Kmart, CSK Auto, and Realty Income. Mr. Walker is well versed in shopping center leasing and tenant representation, as well as investment property sales. He has completed retail transactions and shopping center leasing in all major markets in Montana, and continues to work in these markets representing various retailers, shopping center owners, and developers. He has worked on behalf of Starbucks, City Brew, T Mobile, Lowe’s, Petco, Dollar Tree, Starbucks, Chipotle, McDonalds, and Taco Bell. He has also worked with several developers on “ground up” developments and land transactions in the Billings, Bozeman, Missoula, Helena, Kalispell, and Great Falls markets.

Katie takes her love for business, real estate, and systems combining them all to run projects smoothly and efficiently. Katie’s education includes degrees in Business Administration and Office Management from Montana Tech and the University of Montana. Katie was born and raised in Montana and has managed her own rental portfolio since 2010. With a background in accounting, property management, and business consulting/marketing she added real estate licensee to her repertoire in 2019. Katie has worked alongside NAI’s Matt Robertson since 2013.

Logan has had a passion for real estate since he was little. You would oftentimes find him engaging in some of his favorite reading material in his free time – free real estate brochures from grocery stores and gas stations. As he grew up, he began to grow a great affection towards business and entrepreneurship, ultimately landing him a business degree from Montana State University. While there, he learned the art of sales and negotiation through many of his favorite elective courses. In his free time, you will often find him on the slopes or on the water, pondering the next great entrepreneurial endeavor.

Tyler is well known for his constant work ethics, client satisfaction, and perseverance to meet his clients’ needs. On his first day with the firm, he negotiated a lease in a retail space downtown, which only gave him the confidence to open many doors and perform several transactions in no time. The personal attention Tyler gives to his clients has given him an exceptional reputation within the real estate industry in his short time thus far with NAI. His personable and professional character allows him to build and maintain solid relationships. He is always trying to find ways to give back in his community, and is a very active supporter for the Lupus Foundation of America and former member of the Billings Rotary Club.

Tyler grew up around the Billings area enjoying everything Montana has to offer. He can often be found on the ski slopes around Montana or casting his fly rod in one of the beautiful rivers. At an early age, Tyler understood the importance of real estate investments, and in college he understood the importance of helping people reach their business goals. Tyler has owned multiple successful restaurants and currently owns and operates the Billings staple, Enzo – Bistro & Wine Bar, thus giving him a competitive advantage when listing and selling restaurants across Montana. He specializes in the sales and acquisitions of restaurants, bars casinos, and liquor licenses.

Haley’s passion is to help move businesses forward by identifying opportunities to maximize their real estate assets and lease negotiations! Haley’s 20-year career in marketing and advertising, with the 13 years as a magazine publisher and business owner, gives her unique insight into the challenges and frustrations business owners face. She loves working people to help them achieve their business goals. Haley specializes in office, but also works on retail property too. Haley has a proven track record of sales and leasing for both tenants/buyers and landlords/sellers.

Mr. Kunkel specializes in commercial warehousing/office, land development, and all aspects of commercial sales and leasing, representing owners, investors, tenants, and landlords. His background consists of real estate transactions of both national and local clients.

A native of Billings, Montana, and resident his entire life, except when attending Utah State University, where he obtained a degree in landscape architecture and site planning.  Ken was licensed in 1983 and transitioned into commercial real estate in approximately 1990.  He joined NAI Business Properties in 2004 as a broker.  Ken owns and manages approximately 200,000 sq. ft. of office/warehouse and storage facilities in Billings and has over 38 years of real estate knowledge and experience.

Todd was born and raised in Montana and graduated from the University of Montana in 1993 with a degree in Business Management.  After graduating he was recruited to work in the family business to fill a “part-time” void and ultimately remained there until 2011.  During that tenure he worked in all facets of the business and acquired a great understanding of real-world business.  In the time between selling the family business and starting with NAI, he worked with a group that helped business owners prep their businesses for sale and gave those owner’s realistic expectation of the potential value.

Eve was born and raised in Montana and graduated from Montana State University Billings with a bachelor’s degree in Business Marketing and Management. With her previous experience working in marketing, event coordinating, and administrative assistance, Eve made an effortless transition when she joined the NAI Business Properties team in 2019 as Marketing Coordinator.

Kaitlyn delivers impeccable task management and organizational skills in order to maintain the health of the management portfolio. With her background in processing appraisal documents Kaitlyn made a smooth transition, into her current role, as an assistant to the operations director.

Kaitlyn’s previous experience working in documentation was in the banking and the oil industry in Houston, Texas. She moved to Montana in 2014 and joined the Montana Commercial Management team in June of 2019.

In Houston, Texas, Kaitlyn attended Lone Star college working towards a business degree. She is looking forward to continuing her education in Montana to attain her business to degree.

Elli Petrik joined NAI Business Properties in 2021 as a Real Estate Analyst. Elli assists in completing property evaluations throughout the state of Montana. Originally from Michigan, Elli graduated from Concordia University Wisconsin in 2020 with a bachelor’s degree in Accounting and moved to Montana shortly after to begin working at NAI.